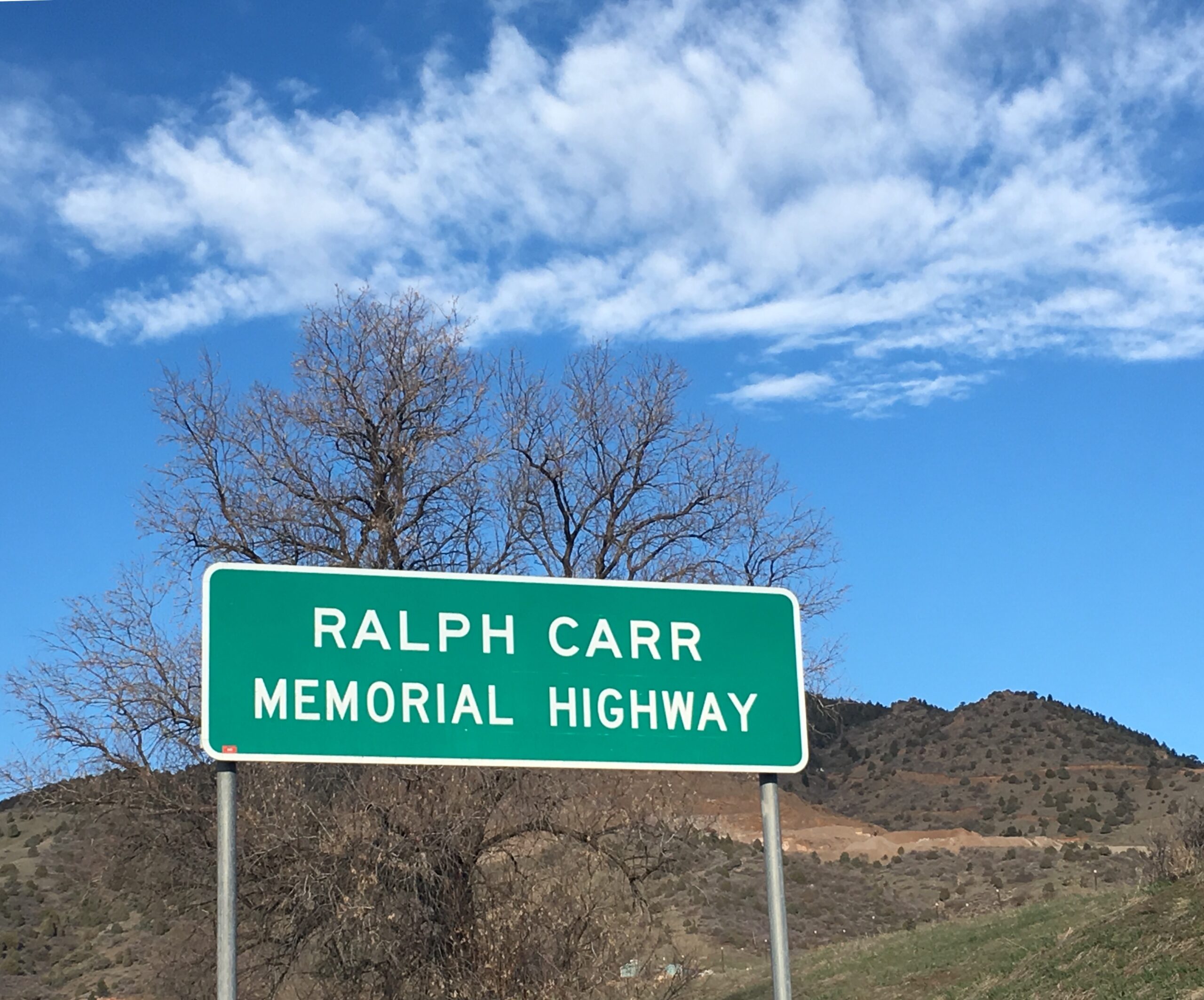 When driving Highway 285 from C-470 going west, you pass a highway sign just before the Morrison exit telling you this stretch of highway is the Ralph Carr Memorial Highway.  Have you ever wondered why it’s memorialized?  Or perhaps wondered who Ralph Carr even was? 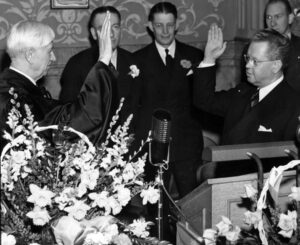 Ralph Carr was the 29th Governor of Colorado, serving from 1939 to 1943.  He was born in 1887 in Rosita in Custer County, the son of a Scotch-Irish miner.  Mining is what took the family to a number of towns, including Aspen and Cripple Creek.  Those are the years that Carr credits for giving him compassion to understand what it meant to come from modest means.

Ralph graduated from Cripple Creek High School in 1905 and got his undergraduate and law degree in 1912 from the University of Colorado.  He continued to spend time in small towns, though, after graduating.  He ﬁrst spent a year managing the Victor Daily Record, and from 1915 to 1917 he edited the Trinidad Evening Picketwire.  Interesting fun fact: At the Picketwire, his biggest competitive editor was Lowell Thomas, the famous news commentator, and world traveler.  They did, however, become good friends.

Carr opened a law practice in Antonito in southern Colorado, specializing in water rights law.  He served as an assistant attorney general of Colorado where he was assigned to water litigation and freight hearings.  He always opposed federal efforts to usurp state control over water.  In 1929 he was appointed by President Herbert Hoover to serve as U.S. Attorney for Colorado.

The attack caused many of America’s citizens to distrust Japanese Americans, fearing that they might be spies, even though they were U.S. citizens.  President Franklin Roosevelt signed an executive order forcing thousands of Japanese Americans to leave their homes to live in “internment camps.”  One such camp was Amache near Granada, CO.  Ralph Carr, however, believed in Japanese Americans’ loyalty and opposed interning American citizens.  He felt it was depriving them of their basic rights as citizens based only on their racial back-ground or the citizenship of their ancestors.

One of the most famous lines from one of his speeches on the subject included: “An American citizen of Japanese descent has the same rights as any other citizen.  …If you harm them, you must ﬁrst harm me.  I was brought up in small towns where I knew the shame and dishonor of race hatred.  I grew to despise it because it threatened [pointing to various audience members] the happiness of you and you and you.” 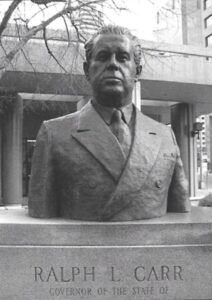 Because of Carr’s reputation among Japanese-Americans, his bust was erected in 1976 in Denver’s Sakura Square honoring his efforts on behalf of these people.  Carr also has a street named after him running through the western suburbs of Denver.

And both houses of the Colorado legislature passed in a unanimous vote on March 14, 2008, to name a section of U.S. Route 285 between C-470 and Kenosha Pass, the “Ralph Carr Memorial Highway.” 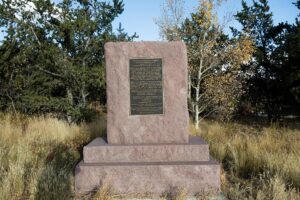 In 2010 a monument to him at Kenosha Pass was dedicated.  It includes this Carr quote: “When it is suggested that American citizens be thrown into concentration camps, where they lose all privileges of citizenship under the Constitution, then the principles of that great document are violated and lost.”

Colorado Governor Bill Ritter signed into legislation in 2008 authorizing a new state judicial complex in Denver to be built and named the Ralph L. Carr Colorado Judicial Center.  This center houses the Colorado State Supreme Court, as well as other courts and agencies.  It is open to the public, and some exhibits are partly interactive.

Former Governor Carr eventually lost a Senate bid that many said was caused by his stance on the Japanese-American internment issue.  But then he decided to run for governor again.  Ralph Carr died a month before the election in 1950 at the age of 62.

He may not have had direct involvement in Morrison, but former Governor Carr certainly understood small-town life.  And I think we’re better for having someone like him, our 29th Governor, be memorialized with a highway running through our little community.