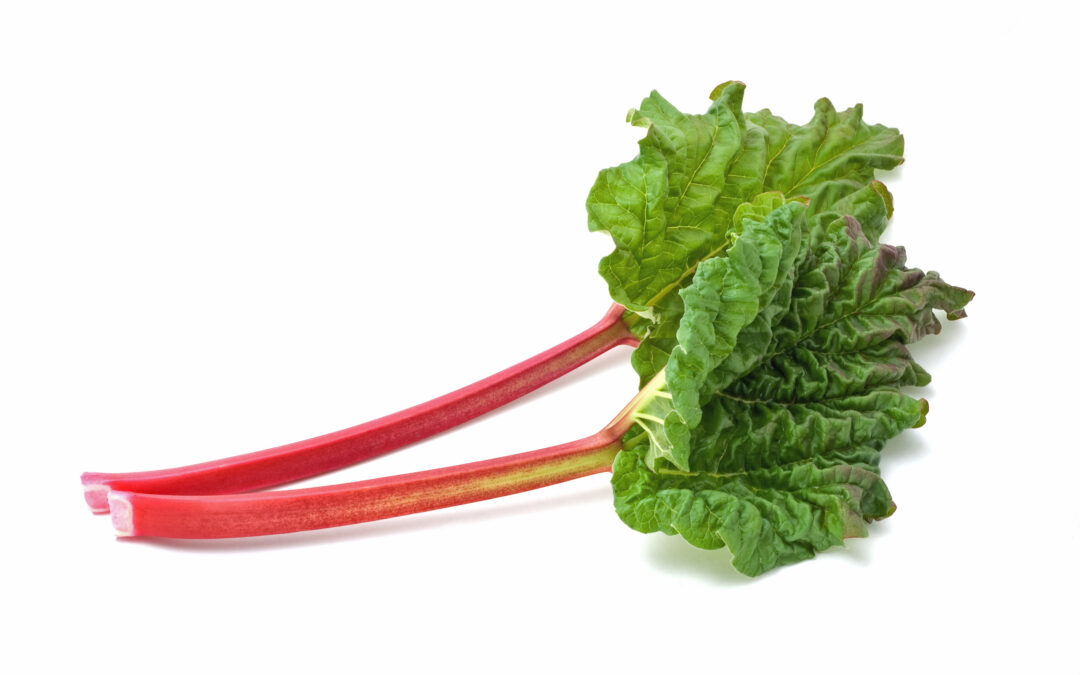 Salted or sugared, baked or raw, rhubarb is making a big comeback. Its roots, however, extend to the first century B.C., when it was used medicinally.  Could that bite of rhubarb pie help what ails you?

Its earliest use was in an antidote for poisoning.  Through the centuries, however, it has also been used to treat everything from colds, liver, kidney, and spleen ailments, to cramps, convulsions, wounds, and bruises.  In the Middle Ages, it was popular as a laxative.  It’s also been prescribed for dropsy, dysentery, rickets, and thrush. 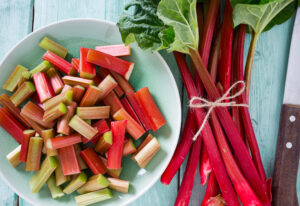 It wasn’t until the 1800s that eating rhubarb for enjoyment became popular, and only then because of the drop in sugar prices (sweetening makes it more edible).  Since then, it’s been used in tarts, pies, jellies, jams, marmalade, compotes, cakes and breads.  British desserts such as fools and crumbles were made out of the stewed fruit, as was the tartine, a baked rhubarb placed between toasted bread.

Drying rhubarb made it available year-round because it dries and reconstitutes easily.  Bottling it was even better.  The rhubarb would be boiled down until thick, dried in the oven and then bottled.  Some say it makes a better pie than fresh rhubarb.

It’s also one of the healthier foods you can eat because it is rich in calcium, potassium and vitamin C, not to mention it’s nonfattening and contains fiber.

If you’ve never cooked with rhubarb, you’ll enjoy these easy recipes.  Rhubarb and raspberries make a nice twist in jelly.  And the Rhubarb Custard Cake always goes over well—be prepared for recipe requests on this one. 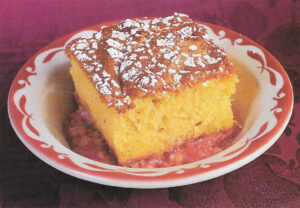 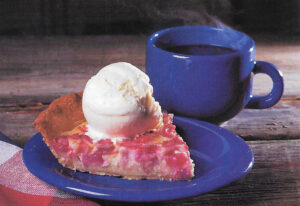 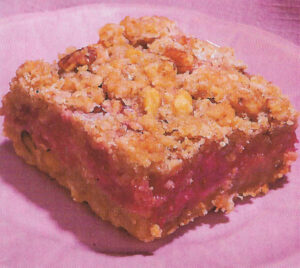