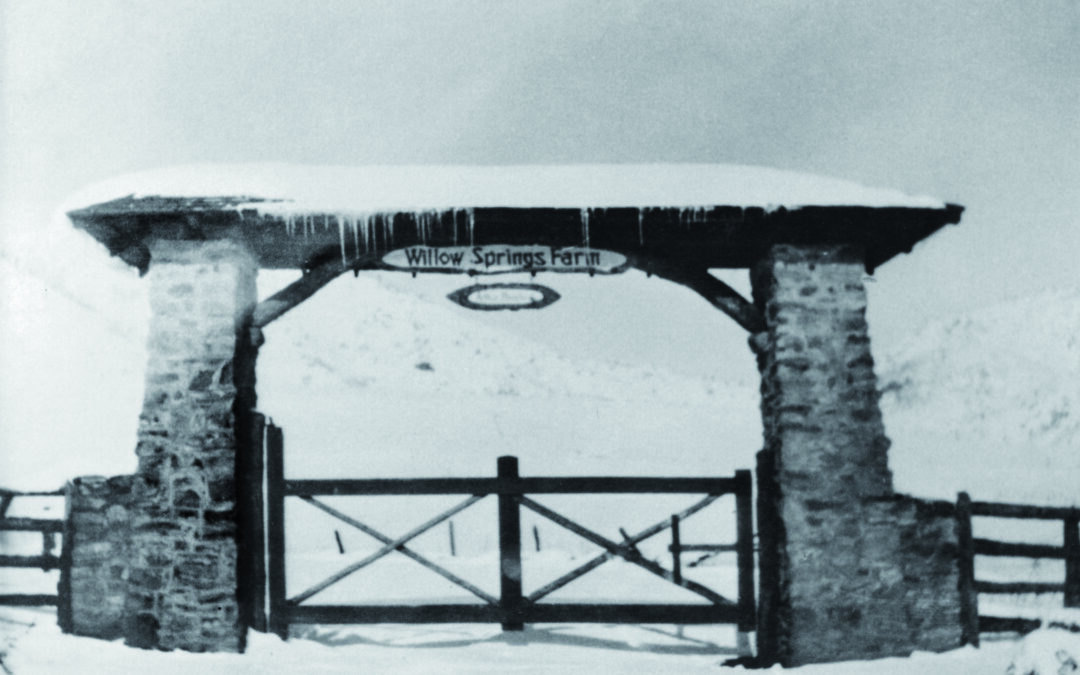 What could a kid born in England in the 1800’s have to do with Willow Springs?   Turns out, it’s a big part of us! 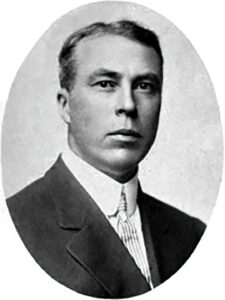 Arthur Ponsford was born in Southampton, England in 1870.  According to Ancestry.com, he immigrated from Liverpool to the United States in 1887 and headed to Canada.  Two years later he was in Denver.  He attended the University of Denver where he acquired a law degree and joined the Denver and Colorado Bar Associations.  He became a naturalized citizen in 1894.  He married Emma Houghton in 1897, had two daughters and lived on Marion Street in Denver.

Back in 1891, however, just four years after moving to Denver, he began buying up parcels of land that today makes up much of Willow Springs and Willowbrook.  A deed search, that was not easy to follow, shows there were numerous transactions over many years with a number of people before he ﬁnally owned most of this area. 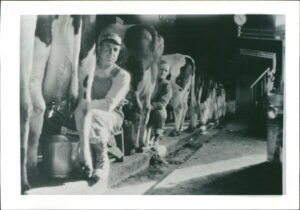 Ponsford named his holdings Willow Springs Ranch.   The business side of this venture was Willow Springs Farm.  He had dairy cattle and also raised registered Holsteins and sheep.  Paul Pattridge, the manager for the farm, was the source for all of the ranch photos which come courtesy of the Evergreen Mountain Area Historical Society.  The formal head-shot came from the Colorado Bar Association. 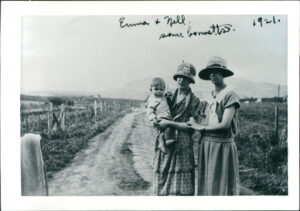 Pattridge and his wife, Nell, lived in the manager’s house on the property.  Pattridge would go on to own his own ranch north of Golden, and became well known in Jefferson County for his prize-winning cattle.  He was also involved in the growth of the Golden community and banking. 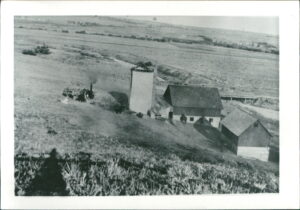 The name “Willow Springs” seemed most suited for this land due to a couple springs coming to the surface near an old willow tree on what would ultimately end up being Ponsford’s property.  According to the Willow Springs/Willowbrook website, it’s rumored that Indians “in ancient days watered their livestock there.”

However, the restorative qualities of the springs apparently caused one of the biggest battles between the Arapaho Indians and the Sioux.  An article in the Milligan Scrapbook by Raymond Eaton, the Automobile Editor for the Rocky Mountain News, quotes Ponsford himself saying, “The story is that the Arapahos had heard of the curative powers of the springs at the base of the mountain, which now are on my property.  They came determined to wrest the waters from the Sioux.”

According to that article, government experts eventually declared those springs to be the greatest for radioactivity of any springs in the United States.  The Indians wouldn’t have known this.  They only knew that drinking and bathing in the springs ‘cured many of their ills’.

Ponsford also found a grave on his property that was surrounded by a picket fence.  According to Eaton, he kept up the fence and maintained the grave but the identity of the person was never known.  Also found on the ranch were pieces of a stone cabin with long-crumbling walls of stone.   A workman found a Leavenworth newspaper in the ruins dated in 1862. 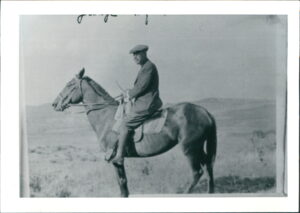 You’ll notice the one photo refers to “Judge Ponsford on his horse Ann”.  I never could ﬁnd through court records that he was ever appointed as a judicial judge.  From my visit with officials at the Colorado Supreme Court Library, it’s quite possible he ﬁlled a judge vacancy, but back then they didn’t officially record those events.  It’s possible he served as a judge on a commission and would therefore always have been called “Judge” after that.  Either would have been quite an accomplishment for a kid from England.  I just couldn’t pin it down. 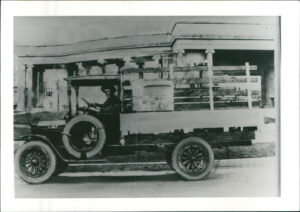 After he sold the ranch, it changed hands several times.  According to the Willow Springs/Willowbrook website, the land was used for “pasturing sheep, grazing cattle and raising crops of corn and alfalfa.  At one time it was even a turkey ranch.”  By the time the Stanley Harwood family bought it in 1948, a family that many residents up here know, it totaled 2,160 acres.

Ponsford’s wife, Emily (Emma), passed away in 1951.  Arthur died in 1954. They are buried in Denver’s Fairmount Cemetery.  The simple headstone gives no hint of his contribution to the area.

According to his obituaries, though, he left his mark on Denver in several ways.  He was on the board of trustees and chancellor of the Episcopal diocese for a number of years, as well as their lawyer for almost 50 years.  He was director of Denver Mountain Parks Protective Association and attorney for Denver National Bank for many years.

He was a life member of the Denver Athletic Club and past president of Lakewood Country Club.  And Ponsford headed the ﬁrm of Ponsford, Pender and Larwill where he practiced law until 1938.

He was a long way from his original home in England. But if Arthur Ponsford hadn’t made his way here, who knows how different Willow Springs and Willowbrook would be today.