The Chapel at Red Rocks 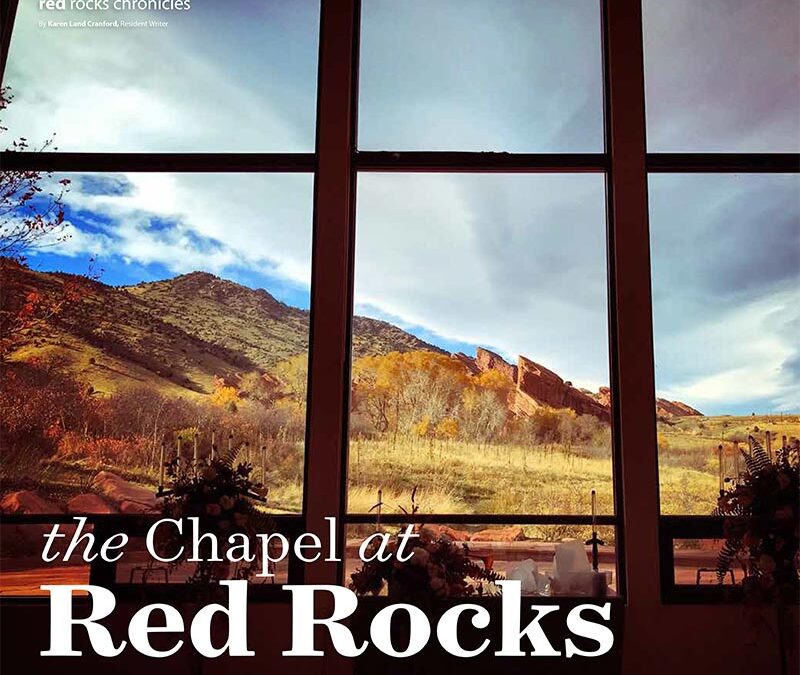 A special place in Morrison has now moved to the “Historic” column. The Chapel at Red Rocks, a favorite wedding spot for couples, becomes another chapter in our community’s past since it has been sold and will no longer operate as a chapel.

Judy Zarlengo and her partner in development, Gary Ivey, both from Lookout Mountain, bought the three-quarter-acre property located at Highway 74 and Red Rocks Road in 1991.  At the time, a house existed there, but when Judy’s daughter experienced problems ﬁnding her own wedding venue, Judy and Gary replaced the house with a chapel…and a business was born!  She ultimately dedicated her sacred building in memory of her son who passed away in 1987.

Judy says the pews inside were already 65 years old back when she bought them from the First Mennonite Church in Denver.  The cruciﬁx on the altar was over 100 years old when it was given to Judy at her own conﬁrmation.  There also was a Star of David.  A gentleman no longer living in Morrison made the iron railings, cross and candelabras.  They even acquired glass oil candles to eliminate the chance of ﬁre.

A Medicine Wheel was placed in the back of the property to accommodate Native American weddings.  They could do their smudging, prayers and ceremonies there. According to Zarlengo, different tribes required different traditions. 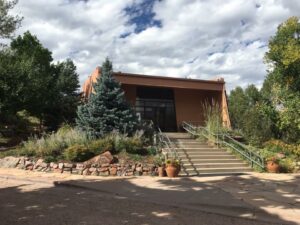 They hosted Japanese and Chinese weddings.  There were Christian and Jewish weddings.  Muslims were married there, as were Buddhists. Weddings could be held inside or out.  They designed the property to allow for any kind of wedding necessity.

The basement held dressing rooms for the bride’s party and the groom’s men, as well as an office.  It was not large enough for receptions, but Judy had locations she could recommend.  And she could suggest ministers, judges and musicians.

You couldn’t ask for a prettier location.  Photos taken inside the chapel with that amazing view of Red Rocks could be just as breathtaking as scenes of the bride and groom in the meadow behind the chapel.  And pictures capturing the sunset with the Red Rocks backdrop are stunning!

Judy is visibly saddened when she talks about selling the chapel.  “I love Morrison,” she says.  And there’s a reason.  She has her own history with “our little town.”

Her mother, back in the day, owned a place here called Treasures, Trash & Trinkets. It was located in what is now the Country Mercantile.  Her uncle had Antique Furnishings, another business in town.  And she laughs as she thinks about the number of sodas and sundaes, she ate at Schneider’s Drug Store… now known as The Morrison Inn!

Weddings were held at the Red Rocks Chapel year-round with some of the most beautiful being winter events.  Judy says the red rocks would be covered with snow in the morning, then melt through the day leaving icicles that would freeze and sparkle like magic.  Rains in the spring created another look.

Eventually, Judy turned over operations of the business to her daughter.  But she kept up with the brides.

“A lot had babies christened in the chapel,” she says.

There were also memorial services.  Sadly, one of her brides died a month after the wedding.  Something similar happened to one of the grooms married there.  She certainly witnessed the cycle of life.

With her daughter moving back east, it was time to sell.  But she’ll always have the memories.  There were so many brides.

“Each girl touched me in such different ways,” she says, thinking back.

I’m not sure Judy Zarlengo realizes just how much she touched the Morrison community with her chapel…brought about by a simple need for her own daughter’s wedding.