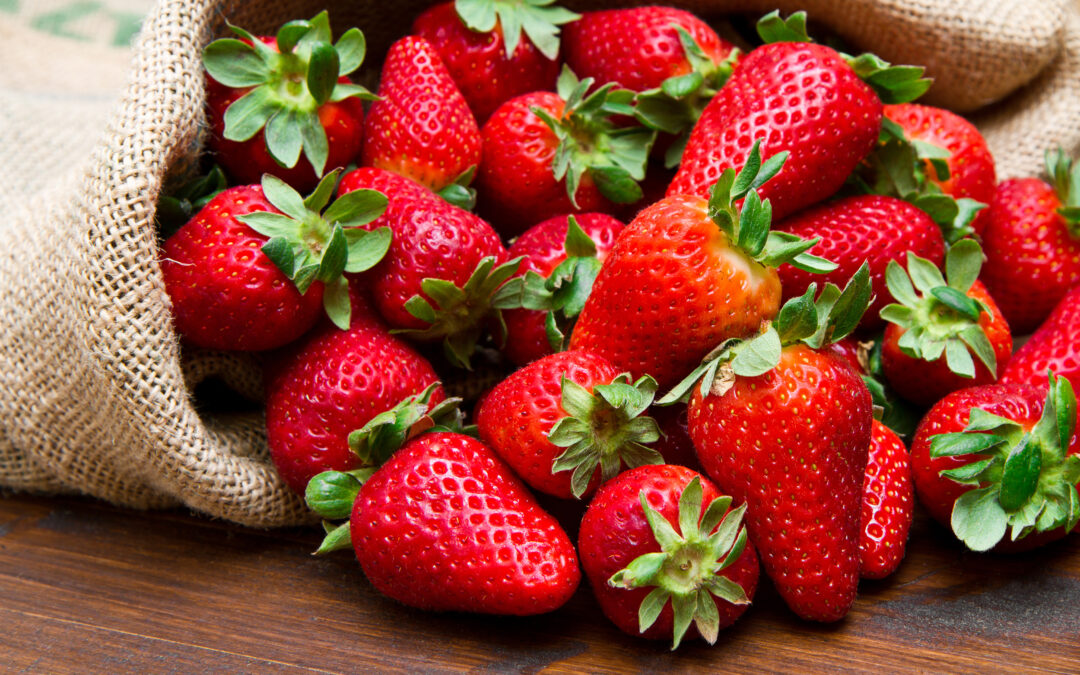 Which strawberry to pick?  Our small garden yields only a few throughout the year, so each one seems like a prize.  These we do not mash…or slice…or throw into a fruit salad.  These we savor and handle with care.  But which one to pick?  Considering the road this little berry has traveled to become what many consider to be the pinnacle of delicacies, this decision should not be made hastily. 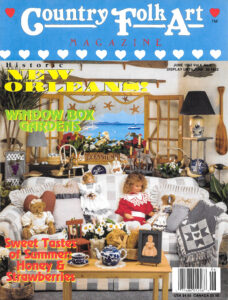 The strawberry plant, in reality, is a perennial herb.  Its fruit is unique not only because of its oversized proportion, but also by having seeds embedded on its surface.

Wild strawberries have probably grown in temperate climates since ancient times.  But first on record to cultivate this plant were the Romans.  Theirs were so good, in fact, that the species, Fragaria vesca, remains popular today in Europe.

The strawberry industry in America began about 1800 even though they were found in abundance before that.  An early American colonist wrote, “We cannot sett downe a foot but tred on strawberries.”  The same richness was found in Virginia.  An account by Thomas Hariot, written after his voyage in 1587 for Sir Walter Raleigh, showed that “Strawberries there are as good and great as these which we have in our English gardens.”

Our modern large strawberry was developed from a Chilean species by way of France.  And it’s believed this same species, in the mid-18th century, produced hybrids in Europe that resulted in a strawberry with a pineapple flavor.  Eventually, they could be found with a twist of apple, apricot, cherry, grape, mulberry or raspberry blended in.  But they disappeared over time.  In 1916 the first list of varieties was published with 1,879 species cataloged.  There are possibly 5,000 today. 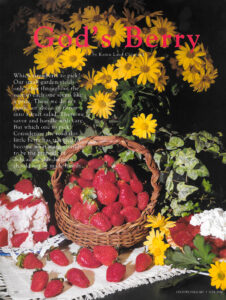 Which strawberry to pick? Our small garden yields only a throughout the year so each one seems like a prize. These we do not mash…or slice… or throw into a fruit salad. These we savor and handle with care. But which one to pick? Considering the road this little berry has traveled to become what many consider to be the pinnacle of delicacies, this decision should not be made hastily.

Several theories exist about the origin of the name for this ‘oyster of summer’ as it has been called.  Anglo-Saxons used the word strewberry.  “Strew”, in their language, meant stray which accurately describes the shoots running in all directions even though its root anchors in one place.  Another guess is from the practice of using straw bedding under the plants to keep the ripe berries from molding on the ground.  A third notion comes from the specks covering the surface.  Some think they resemble straw.

The Indians made ‘bread’ of them.  Scandinavians used them in soup and pudding.  They’re used by the Australians to top a meringue-like cake called Pavlova.  In Lapland a special Christmas pudding call Kappaltialmas is made of strawberries mixed with reindeer milk and then dried in the form of a sausage.  The most traditional use in America is probably jam.  But we also fancy them in pies, souffles, sauces and salads.  We serve them on cereal and add them to juices.  We make mousses, ice cream and sherbet, and they produce a good wine.  There are also those who would never dilute such a sweet morsel with anything.  That means eating them fresh or with a little powdered sugar on them.  Dipping is also popular.  A thick, warm chocolate sauce over a chilled chunk is a wonderful sensation for the tongue.

But which berry to pick?  If I were superstitious, I wouldn’t choose at all.  At one point in time, some believed infants would ascend into heaven disguised as strawberries.  People would not eat the fruit or be considered cannibals.  Another belief was that the strawberry was dedicated to the Virgin Mary.  A mother coming to Heaven’s gates with strawberry stains on her lips was surely to be cast down to hell forever because she had trespassed in the Virgin’s fields.  Perhaps allergic reactions fueled these beliefs.

Eventually, people began to put their faith in this fruit’s medicinal powers.  They’ve been used as a laxative, diuretic and astringent.  Herbalists boiled the leaves in tea to relieve aches in the thighs and hips.  Strawberries supposedly whitened and lightened teeth and gums.  Rubbing them over the face helped create the once-popular milky complexion by blanching its color.  In Western folk medicine strawberries were also applied to the skin to cure acne, bleach freckles and remove slight sunburn.  And, according to Maud Grieve in her 1931 A Modern Herbal, Linnaeus discovered strawberries as a cure for rheumatic gout.

More recently, research in Canada shows strawberries, in concentrated form, to be very powerful in preventing the growth of a number of disease-producing viruses in test tubes, including the poliovirus and herpes simplex virus which causes cold sores.  Experts also believe they bolster the cardiovascular system because they’re very high in the super fiber pectin which reduces blood cholesterol.  And not long ago, Italian scientists discovered these little berries can block the development of one of the most potent cancer-causing agents, nitrosamines.  They claim strawberries are highly rich in certain polyphenols which are cancer fighting elements.

But which berry to pick?  It’s certainly no longer a dilemma for me.  My husband, frustrated with this lengthy contemplation, has since taken the bowl and headed for the back porch!  Before yours disappear, give our tempting recipes a try.  “Berries & Cream’ will be a hit at your next cocktail party, and don’t be surprised if you find the “Strawberry Angle Food Delight’ too pretty to eat.  Whichever you prefer, the strawberry lover in you will certainly agree with Jonathan Swift that “God could doubtless have made a better berry, but doubtless he ever did.”