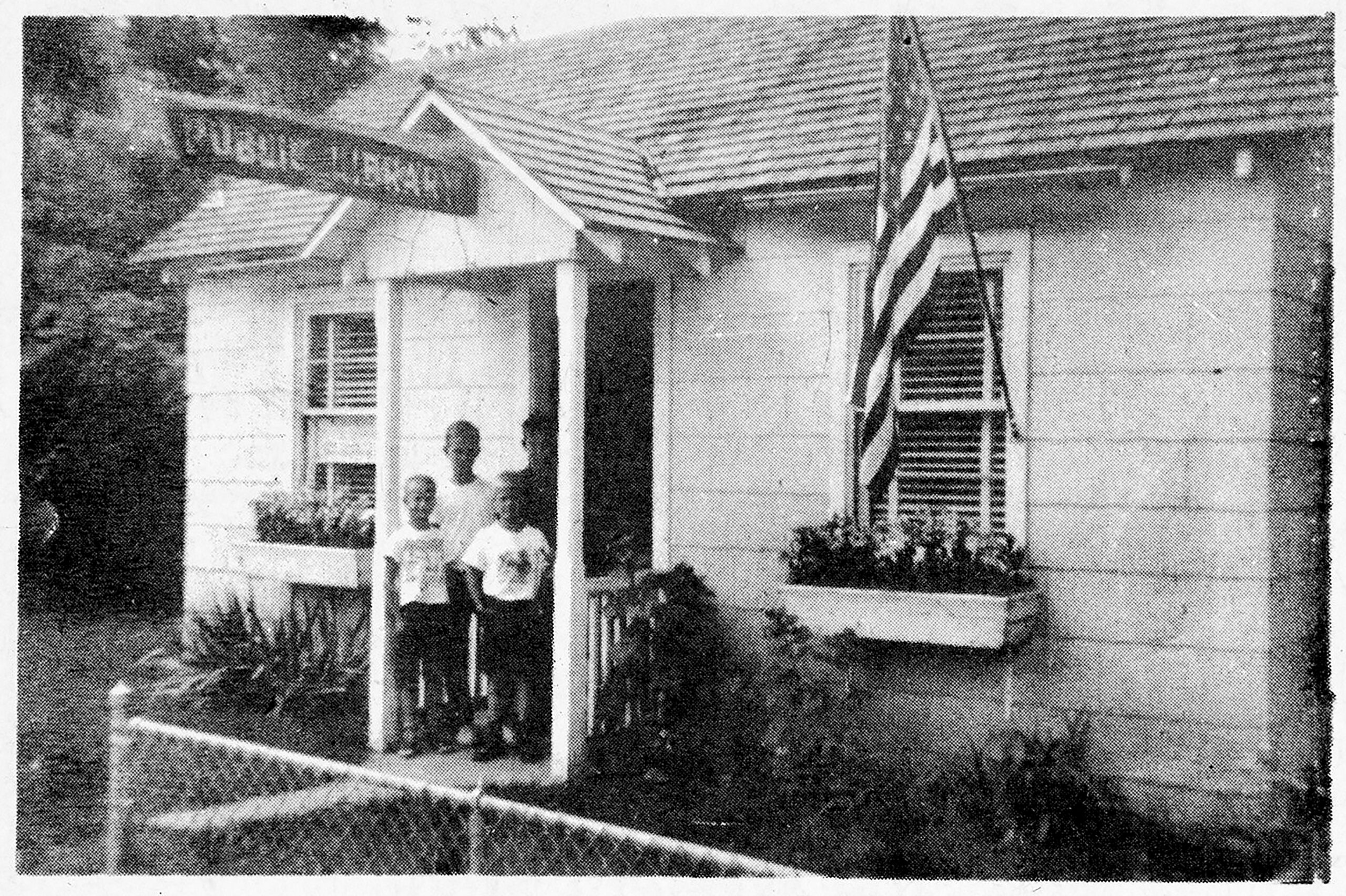 Once upon a time, Morrison had its own library. Really! The Happy Shack, located at 111 Bear Creek Avenue in downtown Morrison, has shelves today displaying jewelry, concert supplies, smoking accessories and unique souvenirs. But there was a time when those shelves held books that took readers to far-away lands, introduced science projects and theories, and stimulated imaginations with tales of fantasy. This is the story of the little library that wouldn’t give up!

In 1937, the Morrison PTA began. Its President, Mrs. Ralph Jamison, convinced the group to sponsor a much-needed library. The WPA (Works Progress Administration), one of the New Deal relief programs started during the depression, furnished a collection of books for the new institution. It found a home in Pike’s Peak Grocery, which became Schneider Drug Store and is today Morrison Inn. Mrs. Gertrude Holmes was its volunteer librarian.

In 1938 a devastating ﬂash ﬂood hit Morrison. According to a 1962 Canyon Courier article, many books were damaged when the waters rushed through the grocery store. The library found temporary quarters after that in the front of the post office but soon was squeezed out and moved to a building next to the hardware store. In 1942 the WPA ended, but officials agreed to leave 250 books if the PTA could ﬁnd a home and librarian. Documents from the Morrison Historical Committee show Gertrude Holmes and Mary Wilson volunteered, packed up, and moved 4,000 volumes to an empty store.

Eviction came again in 1945 when the place was rented to a liquor store. From there the books traveled to the Primary Room at the Morrison School. Once again, however, crowding pushed them to the stage of the school’s assembly room. Finally, summer repairs and cleaning of the school necessitated packing up once more. By then, the committee was desperate for a permanent home.

In 1947, Carl and Mercy Peinze offered land and materials for the library on a small piece of their property next to their house located at Market and Bear Creek Ave. Their home is now Beso de Arte restaurant. Historical Committee documents about the library say “the lumber came from a man up in the hills who owed Mr. Peinze money.” Gertrude Holmes’ husband, William Holmes, who was a retired contractor, spent the whole summer building it. He was 76 at the time. A 1977 Empire Magazine article says Carl Peinze received $5 a month rent. It opened in November 1947. 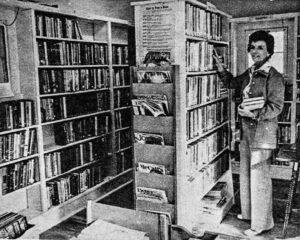 The “Dollhouse” became part of the Jefferson County library system in 1958. The county provided books and a professional librarian, Elizabeth McCutchen of Conifer, but there was no provision for furniture. McCutchen said in the article that she ‘bummed rejects from other libraries.” The 10 X 18 ft. building eventually held 3,000 books, a desk, small table, two chairs, and a gas stove.

In its day, you could visit the library Tuesday mornings and Friday afternoons. Locals watched for the ﬂag to be put out and the red neon sign turned on signaling the library was open. According to the article, McCutchen said, “Sometimes in the winter I can’t get out of my driveway, so people wait for the sign to light up.” 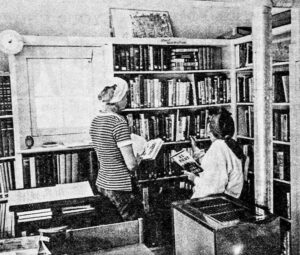 Caption this photo with this text here. pretty

Library patrons came from all parts of Morrison, Tiny Town, up and down Bear Creek, Indian Hills, Idledale and ranches in between. Kids showed up on their horses and took books home in their saddle packs. They also came on foot and bicycle.

In my research, I only found photos with handwritten captions saying
“Dollhouse Library.” I never found an official document, or photo of a sign, calling it that. For a brief time in the late 1800s, Morrison was originally named Mt. Morrison, and I found one reference to the “Mt. Morrison Library.” Other references I found were for the “Morrison Library.” In the Morrison Historical Committee’s Inventory Data Form submitted by Lorene Horton for making Morrison a Historical District back in 1975, the summary of the library’s journey ends with this: “Thus the little tiny dollhouse of a library became a vital part of Morrison’s life and cultural growth.” So, it seems “Dollhouse Library” became a beloved nickname due to its unique size. It ﬁnally closed in 1979. 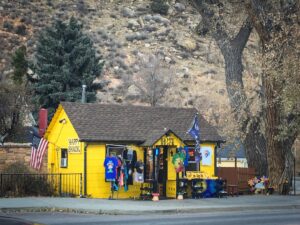 That building now is called Happy Shack. In reality, the books that ﬁlled the Dollhouse Library transported readers of all ages to magical places. In my book, that pretty much makes it a “happy shack” going all the way back 70 years!

2021 Update:  The Happy Shack closed during the 2020 pandemic and is now waiting for new occupants!